McMullen Facades was appointed to deliver the full vertical facade for a 23-storey tower as part of the Elephant Road development in London’s Elephant and Castle area.

The West Block is the tallest in a trio of new buildings which forms phase 1 of the Elephant Road development by Delancey and APG. This is the first development to be completed in a wider scheme which will also include the redevelopment of the shopping centre and London College of Communication campus.

Working with main contractor Laing O’Rourke, McMullen Facades was appointed to deliver the full vertical envelope to the West Block tower. The team was responsible for the design, manufacture and installation of the unitised facade, which included bolt-on balconies, brise soleil and feature aluminium cladding.

Located in a densely populated urban area, the logistical problems of limited access and storage space on site were successfully overcome through the use of off-site construction techniques. With the unitised facades panels manufactured at McMullen’s state of the art facility in Moira, significant time savings were brought to the project with the team delivering on average one floor per week.

As inclement weather and high winds also presented a challenge to the onsite teams working on the delivery of the balconies, the use of McMullen’s off-site manufacturing service helped bring significant advantages to the project by enabling any time lost during the installation process to be quickly recovered. 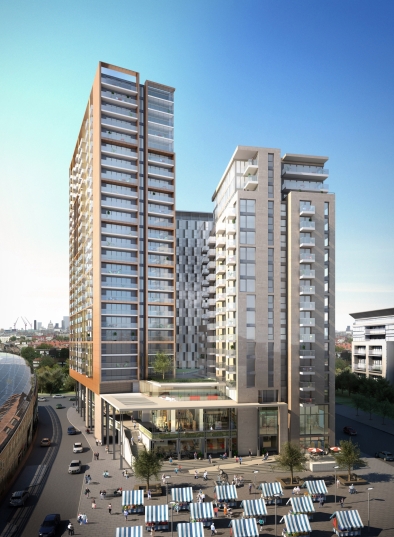 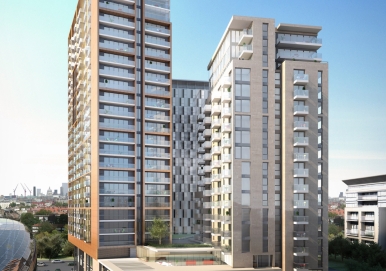